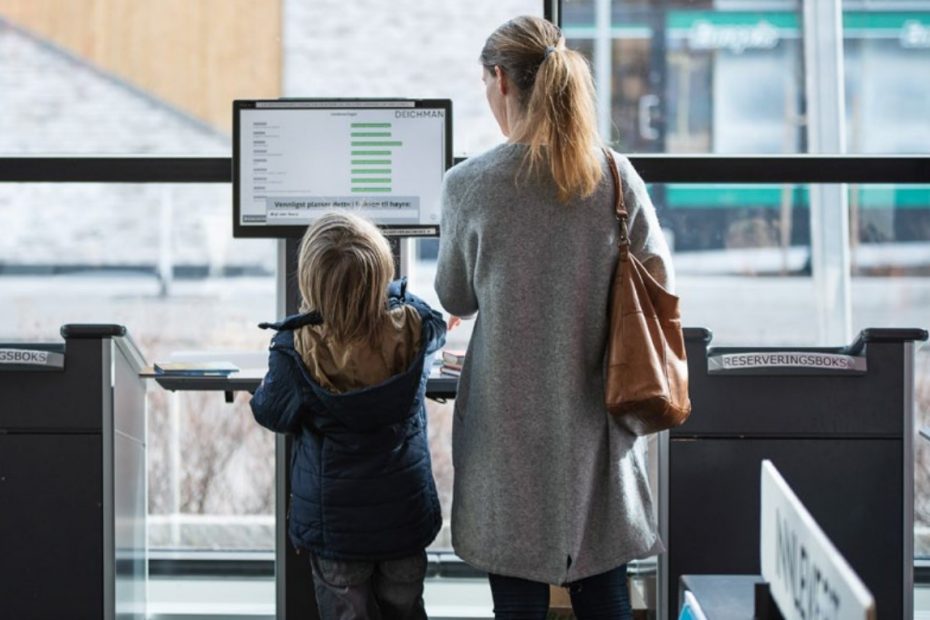 Norway does not have a long tradition of national strategies for libraries. In the last two decades, it is true that both studies[1] and reports to the Storting[2] have been produced that deal with libraries, but it was still an event when the Ministry of Culture published its first national library strategy in 2015[3], a strategy that described the state’s tasks and responsibilities for the development of public libraries.

The background for the strategy was the revised Library Act which was introduced in 2014[4]. With this, the libraries got new statutory objectives:

“The task of public libraries is to promote the spread of information, education and other cultural activities through active dissemination and by making books and other media available for the free use of all the inhabitants of Norway.

Public libraries are to be an independent meeting place and arena for public discussions and debates.

The individual library shall place emphasis on quality, versatility and topical relevance in its services for children and adults.

The library’s contents and services are to be made known.

The public libraries are part of a national library system.”

In particular, the formulation that “Public libraries are to be an independent meeting place and arena for public discussions and debates” received a lot of attention, both nationally and internationally, and it had a major impact on the strategy that was put forward a year after the revised Library Act.

The government’s project and development funds of NOK 48 million were to be allocated to three main areas: 1. shared infrastructure 2. measures for the development of public libraries as a debate and learning arena, meeting place and dissemination institution as well as 3. free and innovative projects.

The strategy covered the period 2015-2018 and it was evaluated in 2019[5]. The basis for the evaluation was three surveys: a survey of a representative sample of the Norwegian population, a survey of all the country’s county and public libraries and in-depth interviews with 10 people from the library sector. It was concluded that the overall objectives of the strategy had been achieved. New content and use of libraries had been created, and the effects of changes were considered to last after the strategy period was over.

The arena funds scheme was particularly successful. During the strategy period, the libraries could apply for funds for 1. equipment to hold events on a permanent basis and 2. to practice holding events. A total of 77 per cent of Norwegian municipalities applied for these funds, and 97 per cent of the applicants received funds during the three years of allocations.

After a gap year with the Book Year 2019,[6] when Norway celebrated 500 years since the first two Norwegian books were printed, a new national library strategy (2020-2023) was launched in 2020[7]. Like its predecessor, it deals with the state’s tasks in the library area, but an important difference is that the new strategy also covers school libraries and libraries in higher education in addition to public libraries. The strategy was presented by the Ministry of Culture and the Ministry of Education and Research jointly. Common to both strategies is that the National Library through the Department for Library Development has the main responsibility for follow-up since the National Library is the state’s development body for libraries[8]. Because of the pandemic, the timeframe for the strategy has been extended by one year to 2024.

The aim of the new strategy is «to further develop the libraries as relevant and important institutions in the future, in a way that will contribute to public enlightenment and self-cultivation». 25 measures are to be implemented during the strategy period, most of them by or in collaboration with the National Library. Several of the measures are based on initiatives that were implemented in the previous strategy period and involve further development of these measures. The strategy describes three main lines for the work with library development in the coming period:

While the state development funds in the previous strategy period were geared towards developing libraries as meeting places and arenas, as described in the revised Library Act, the development funds in the current period are directed towards the other new and important element in the revised act from 2014: active dissemination – ” to promote the spread of information, education and other cultural activities through active dissemination». Libraries can now apply for funds to pay staff who can man the counter in the library while the specialist staff disseminate literature and develop the library’s literature dissemination. The largest and most resourceful libraries can apply for funding for more development-oriented dissemination projects that other libraries can learn from. The eleven county libraries have received funding for a 2-year collaboration on skills development.

In addition to the funds for active dissemination, there are still funds that the libraries can apply for free and innovative projects.

The National Library has set up a strategic council with 15 library managers from libraries of various types and sizes to have an ongoing dialogue with the library field about the implementation of the strategy. The council meets at least twice a year, and at these meetings, the council receives a review of the status of the measures, and major issues are discussed. One of these meetings is organized in connection with the annual conference for all the country’s library managers.

The two strategies have been put forward by conservative governments. In the autumn of 2021, there was a change of government in Norway, and the Minister of Culture now comes from the Labour Party. The Minister has announced that the current strategy will be revised.